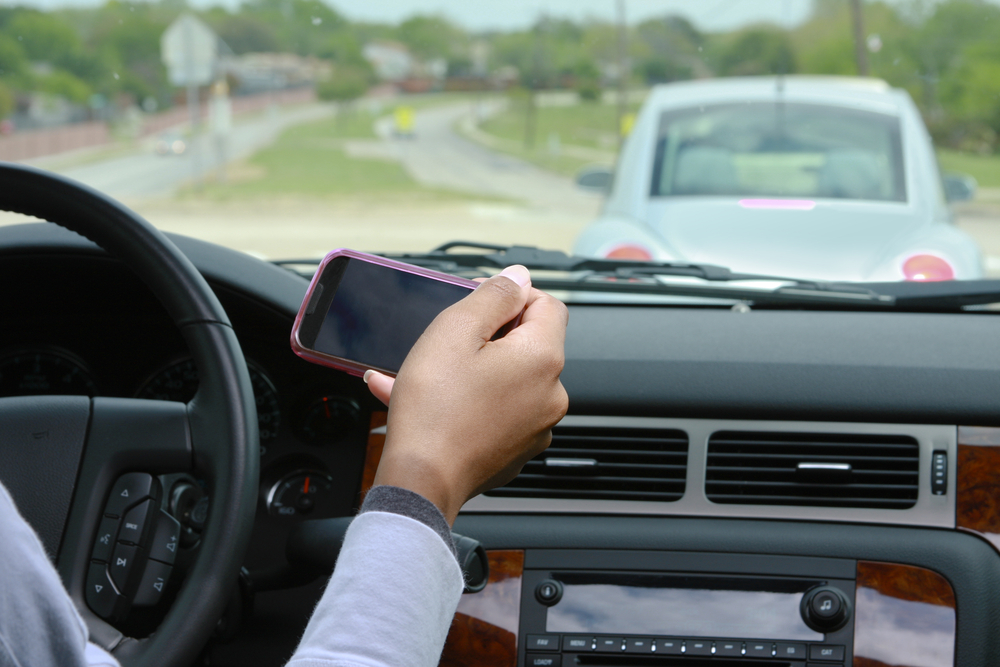 Few things are as convenient as owning a car. The open road, quick transportation, and the reliability of getting where you need to go on your own terms. It’s a shame then, when car accidents occur. Car accidents are a tragic fact of life. Despite our best efforts to stay safe on the road, a staggering 37,000+ Americans die in a car accident each and every year. And that’s not even taking into account the hundreds of thousands of injuries that are sustained in car accidents each year.
Ironically, most of these accidents could be prevented altogether by simply being mindful and taking the right precautions. Let’s take a look at the top ten causes of car accidents below:

The age of social media has caused quite the spike in distracted driving, earning it the top spot in causes of car accidents. In fact, according to studies by the NHTSA, over 425,000 people were injured in a car accident involving texting and driving while killing over 3,200 people in a recent two-year period.

Drunk driving is just as common now as it has ever been. In fact, statistics recently released by the National Highway Traffic Safety Administration suggest that these accidents are on the rise. In a recent year, well over 10,200 people were killed in a drinking and driving accident. That’s an alarming 26 people-per-day average.

Reckless drivers are often known as the bullies of the road. They’re the ones who swerve in and out of lanes with limited or no warning, run red lights, speed, tailgate, and even race in the streets. The antics of these drivers commonly put drivers at risk every day.

Another classic of sorts is speeding. Even though studies show that speeding is fairly pointless, it happens all the time on the road. Drivers who speed often do so anywhere from 10-30 miles over the speed limit. Speeding makes even the simplest car accident much worse and often leads to more deaths and serious injuries than others on this list.

Rain or snow can make road conditions treacherous and lower visibility. While some drivers slow down to alarmingly slow speeds, others try to speed through the mess leaving the others behind. Be it rain, sleet, or snow, mixing these two improper styles of driving often causes accidents.

Close calls are common on the road. Everyone is just trying to get where they need to go. That said, the road is meticulously designed with signage, lights, and other obvious signals that control the flow of traffic. When all these signs are disregarded, it’s a recipe for disaster and can cause some pretty ugly accidents.

It’s very likely that you’ve heard this story before: a person will be driving along properly when suddenly, another car is heading right towards them. In most cases, the mistake is caught on time and the driver who missed the lane will have time to correct the mistake. Other times, drivers aren’t so lucky. These accidents are surprisingly common and are the cause of many deaths and injuries annually.

Teens are among the top causes for accidents in the United States. This is mostly due to their inexperience on the road combined with (in most cases) immaturity that leads to poor choices. Teenagers can cause accidents because they often drive distracted, recklessly, and sometimes even impaired. Studies even show that the risk of a teenager causing a car accident increases as the number of passengers in the car increases.
Nobody should have to deal with injuries or losing a loved one to a car accidents simply because others on the road chose to be reckless and irresponsible.
If you or a loved one sustained serious injuries or if someone you know has died in a car accident or truck accident on a New Jersey highway or road, you should speak with a qualified personal injury and auto accident lawyer right away. The experienced, aggressive personal injury attorneys at Lombardi & Lombardi will help you get compensation for your injuries. Contact us now to schedule a free consultation at one of our offices in Edison, Brick, or Freehold, New Jersey.