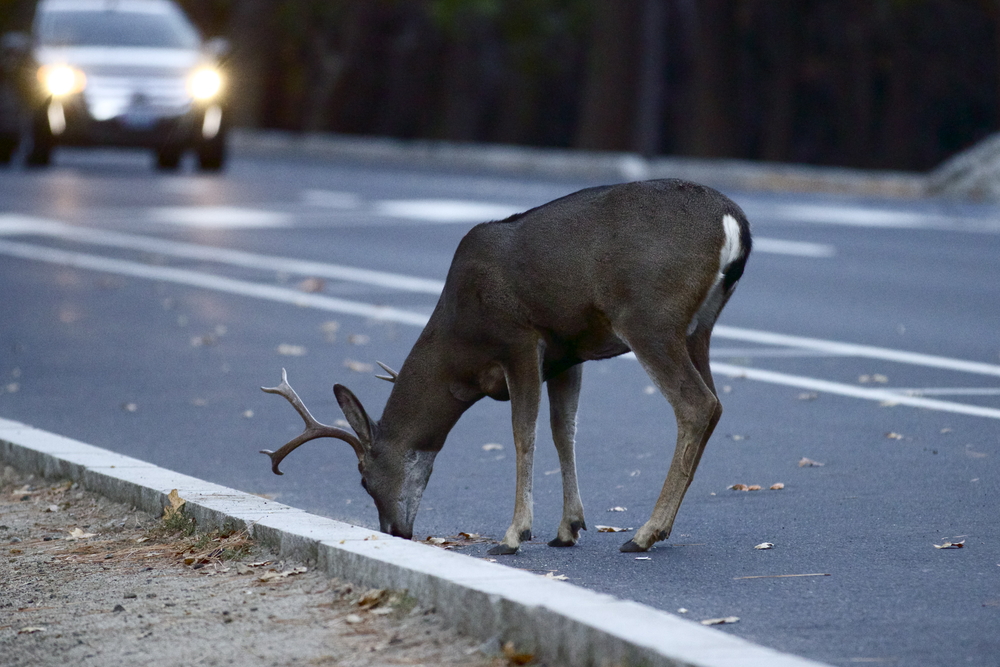 It’s important to avoid automobile collisions with animals when possible. If you’re a passenger in an auto collision that involves an animal, you may have the right to claim compensation for your injuries, lost wages, and pain and suffering.
Recognize that deer may be in and on any local road. New Jersey state statistics show that most auto collisions with deer happen on two-lane roads. A collision with a deer can be especially hazardous if it occurs near a thruway or interstate highway. That’s because vehicles are typically traveling at higher speeds. In addition:
• Many animals are on the move at dusk and near dawn. Stay alert. Adjust your side mirrors to notice any wildlife along the sides of the road.
• Seasonal behavior patterns of wildlife should be considered. November is the peak month of the mating season for deer. Drive defensively between the months of October to December.
• Many wild animals move in groups. You might not see the animal before you hit it because chances are actually greater that other animals are traveling with the injured animal.
• Look for road signs that indicate the presence of certain wildlife. These signs are posted because at some point in the past, another driver was involved in an auto-animal collision. Use high beams if you’re driving at night. Always wear a seat belt, and insist that all passengers wear a seat belt.
• Behavior of wildlife is unpredictable. Never approach an animal after an auto collision.
• If you see a deer on the road, don’t swerve to avoid hitting it. If you do, it’s possible that your car will be in another vehicle’s path. A collision with another driver might be much more serious than an auto-animal collision. Consider that your vehicle might rollover, or you might run off the road.
If you’re involved in an auto accident due to the negligence of another driver, you may be entitled to compensation. Contact our New Jersey car accident attorneys today to schedule your consultation.