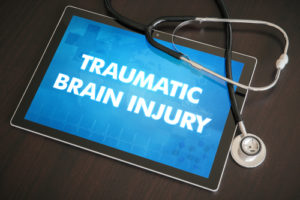 Many New Jersey residents suffer traumatic brain injuries each year because of someone else’s negligence. Unfortunately, mild and moderate-to-severe brain injuries have long-lasting effects.
A so-called mild TBI occurs when an individual suffers lesser amounts of brain damage after experiencing a brief loss of consciousness (or no loss). A mild TBI injury is still significant because:

Even a mild TBI can create later problems that affect day-to-day life:

With more severe injuries, the doctor or hospital is likely to alert the injured person to expect negative consequences. After suffering a mild TBI days, weeks, or months earlier, the individual may suddenly notice that it’s impossible to perform small and large tasks that were easily performed before.
In contrast, loved ones often comment that the person they know “isn’t there” now. They report that sometimes substantial or modified personality changes after the moderate-to-severe TBI. The victim is often depressed. It’s common for him or her to “blurt out” sometimes embarrassing comments. In addition, he or she is likely to experience lethargy and a lack of motivation and to express aggression and irritability.
After a severe-to-moderate TBI, the victim is often unaware of how he or she was before the injury. He or she might not recall his or her former abilities.
The victim may also experience loss of vision or blurred vision, loss of portions of the visual field, poor depth perception, and disconnects between what he or she sees and comprehends. Changes in the victim’s other senses (hearing, touch, smell, and taste) may also occur. It may be difficult for the victim to balance. Vertigo or tinnitus (ringing in the ears) may also occur.
Seizures occur in a small percentage of TBI sufferers. It may take several years after the injury for the seizures to begin. The victim may suffer “major motor seizures” involving loss of consciousness as well as uncontrolled movements of his or her major muscle groups. These “local motor seizures” typically don’t involve loss of consciousness.
It may be possible for doctors to prescribe anti-convulsive medicines to prevent these seizures (or to stop them once they begin).
If the victim’s brain is damaged in motor areas, the victim may experience spasticity or a degree of physical paralysis. This may affect behavior, walking, or speech production. It may also cause chronic pain and/or headaches.
Researchers believe that a moderate-to-severe TBI may affect the victim’s endocrine and hormonal systems. He or she may lose bowel and bladder control, sleep poorly, have a poor appetite (or lack the ability to control eating), fatigue easily, or have poor body temperature regulation. Women may experience new menstrual problems.
As you can see, there’s no such thing as a “minor” brain injury. It’s difficult for physicians to predict the impact on the victim’s function—even when he or she enters the medical system after the injury.
If you or someone you love has suffered a traumatic brain injury because of someone else’s negligence, it may be possible for you to file a legal claim to recover compensation. Traumatic brain injury victims may require lifelong care. It may be impossible to return to work and to the life he or she enjoyed before suffering the brain injury. Contact Lombardi and Lombardi, P.A. at 732-564-7165 or via our online contact form to schedule an initial case evaluation.

The articles on this blog are for informative purposes only and are no substitute for legal advice or an attorney/client relationship. If you are seeking legal advice, please contact our law firm directly.